Our little man made his grand debut into the world in June and life has been an exhausting, precious, wonderful whirlwind ever since!

COVID AND AM I MATERNAL?

It was a different experience than it otherwise might have been due to the fact that he was born during the craziness of the Covid19 pandemic. This meant that we had to wear masks during the birth and my SO could only stay with us during the actual c-section and for about 30 minutes afterwards.

Little one cried the second they scooped him out and it was such an incredible mix of emotions when they laid that little bundle on my chest. It really is strange, terrifying and amazing to meet the tiny human which has lived inside of you for 9 months and to know that from now on there will always be three of us. From now on you are the lifeline to this new creation.

I think I worried a little off and on during the pregnancy that I might not be maternal; that maybe I was too selfish and liked my peace and quiet and coming and going too much. That nappies would be such a nuisance and the crying would be irritating. I think everyone else saw me as a baby person but I actually never understood the ‘fuss’ about babies preferring furrier creatures like kittens and puppies. I always thought human babies looked a bit alien-like and drooled too much.

I’m amazed at how instantly and how much I love this little baby. I spend literally hours staring at him and his snuggles have become one of the best parts of my day. I show EVERYONE photos of him ALL THE TIME and I worry about him constantly. After 3 months I still wake up in a panic almost nightly thinking I’ve fallen asleep with him in our bed only to realise he is safe in his pram at our bedside (we gave up early on on trying to get him to sleep in the cot). He hated the ‘baby jail.’

I still sit in the back seat with him, he is permanently attached to my boob (though we bottle feed as well or I’d be dead!) and I’ve decided he can stay in our room til he’s 18. Okay, maybe not 18 but I’m shocked at how much the thought of sending him to his own room makes me want to cry. Even though it is a beautiful little nursery. 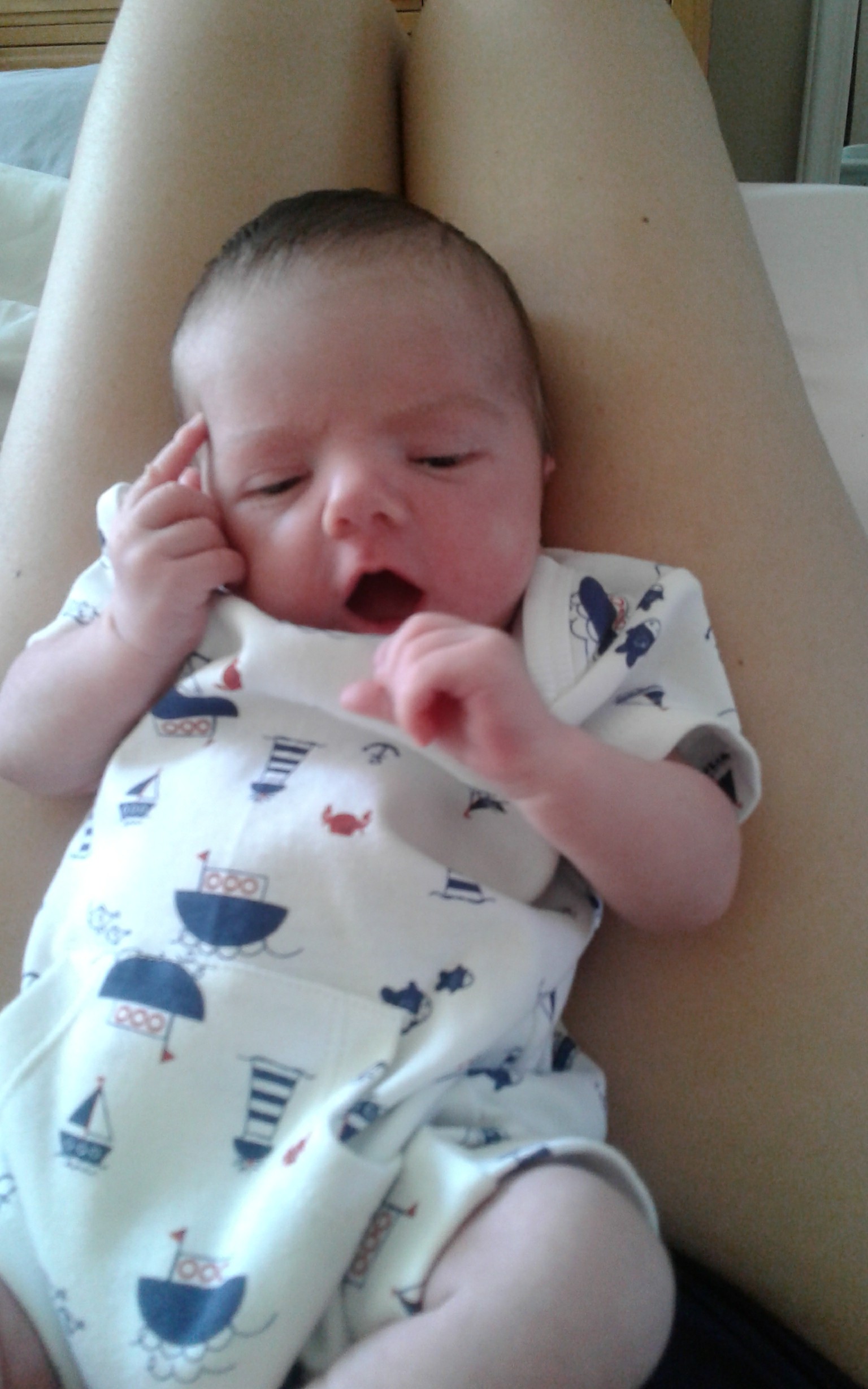 The first day in hospital was spent snuggling little one and Skyping everyone, including loads of Skype with his dad down the road who wasn’t allowed to visit the hospital due to the pandemic. It felt like going back to long distance!

I was able to return home from hospital the next day (after a really scary near-fainting incident the evening before). I was so happy to be going home though to J.

The first two weeks were the hardest weeks of our lives. I have never known exhaustion like it. I actually fell asleep sitting bolt upright with a freezing cold bottle of water in my hand and woke up when I splashed the whole thing in my face as I dozed off.

On the 3rd day we ended up back in hospital as I thought little one had had a seizure. It was super scary and the two of us rode there in an ambulance unable to again bring my husband with us. As I couldn’t move due to the c-section they wheeled me in a wheelchair with little man in my arms and we were there for 3 hours while they monitored him. Thankfully they believe it was not a seizure but a choking incident which apparently can be quite common in the first few days.

One thing you may find yourself doing as a new parent is checking that they are still breathing every five seconds.

The first 1-3 weeks are a total blur. As much as I absolutely adored this tiny life the exhaustion and the unknown were overwhelming and we at times felt like we weren’t ‘enjoying’ it like we should be. For some reason I also spent a week feeling really nauseous and was terrified of being sick while my stitches were still so painful.

It was a constant cycle of wondering why he was crying and trying to get him to sleep! Instead of irritating I actually found his cry heartbreaking. The first night at home we just couldn’t get him to settle and after hours of trying everything my husband suggested we leave him for a few minutes to see if he might stop on his own. I broke into sobs blubbering “But he sounds so sad!”

I honestly think when they are in your tummy they do something with the wiring of your heart because when I hear that little cry or worse see his tiny tongue undulating my heart physically hurts.

I was surprised that nappy changing wasn’t the nuisance I had anticipated and became a daily bonding activity. In later months when he has had trouble going on a couple occasions I never imaged how excited one could be about changing a ‘stinky poo!’ What has become of me?

GETTING USED TO MOMMYHOOD 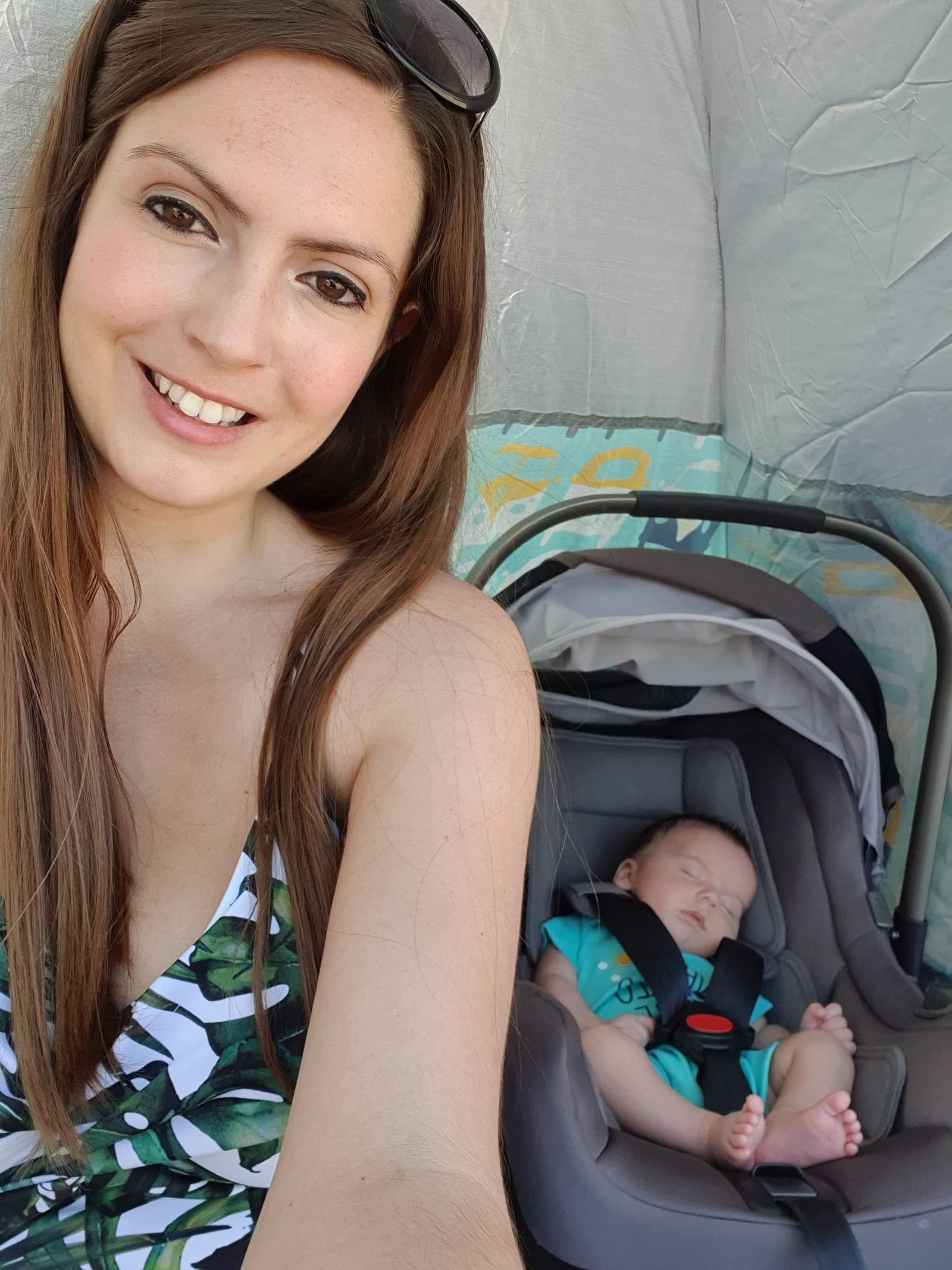 The first time I felt we properly enjoyed time together as a little family was in the third week when we took him to the seaside. It was a cold and windy day but we got behind one of the wave breaker walls and had a little picnic. Little man slept in the car the whole way, slept the whole time we were there and most of the way back home.

Cars are like a baby sleep draught. Cars will quickly become your most favourite thing ever!

I was finally starting to feel physically much better, able to actually leave the house and begin making proper memories as a little family. Since then we have had many trips to the seaside, visits to my husband’s family (my side from Canada haven’t been able to meet him yet again due to Covid19), country walks, warm snuggles, movie marathons (or sleepathons for little man) and even a stay cation to Cornwall. 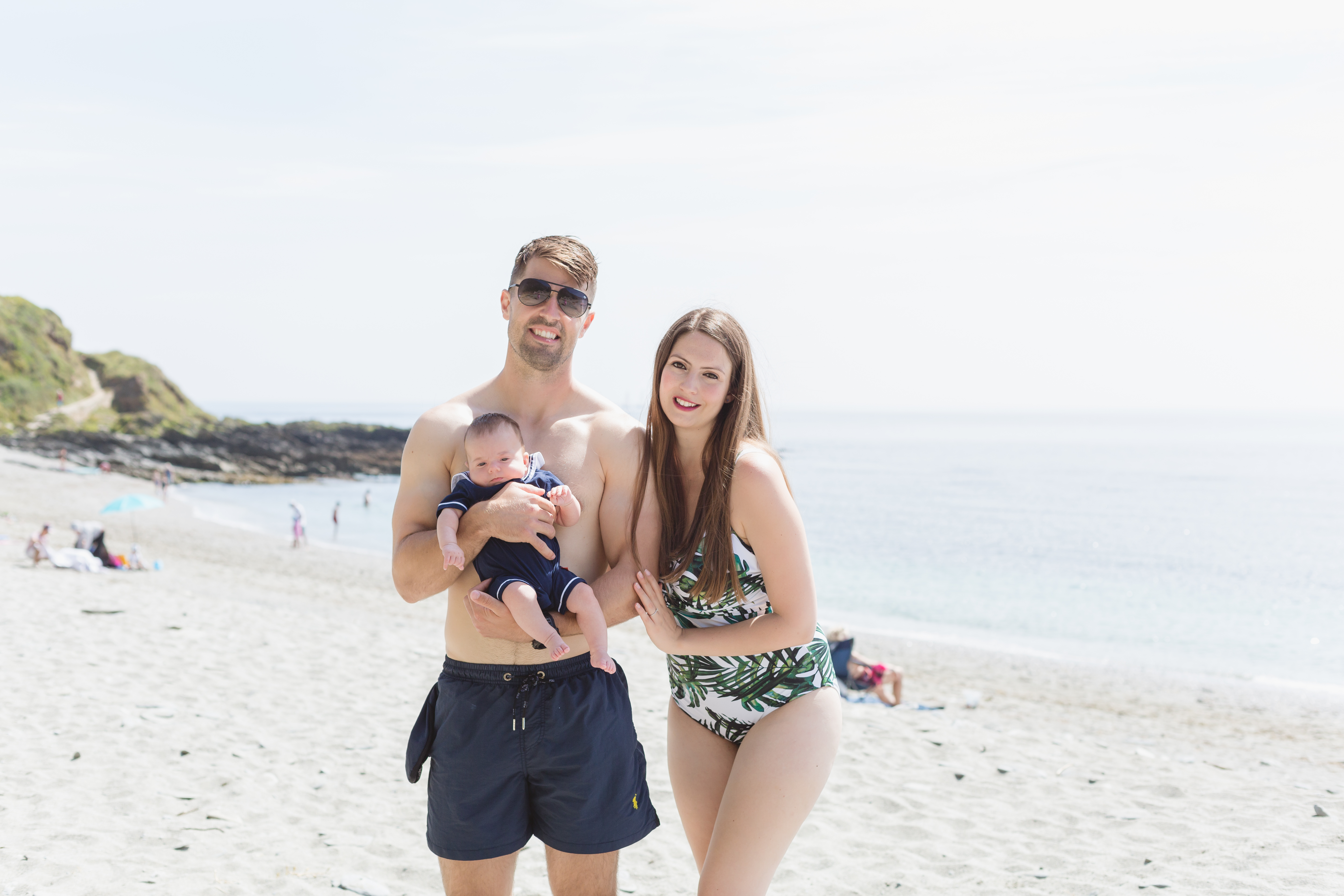 At around 2 months he really began smiling back at us, becoming more playful and is such a sweet, happy little chappy (when he’s not hungry!). Those smiles make everything worth it and while his cry can make my heart break his smile makes my heart whole.

While I keep saying I want him to stay tiny and snuggly and I had a tear or two when I tucked his newborn clothes away as he’s moved into the next size, we are so looking forward to all the little milestones to come and all the memories still to be made as our little British / Canadian family of 3.

If you’ve had or are about to have a little one – what were/are your biggest fears?